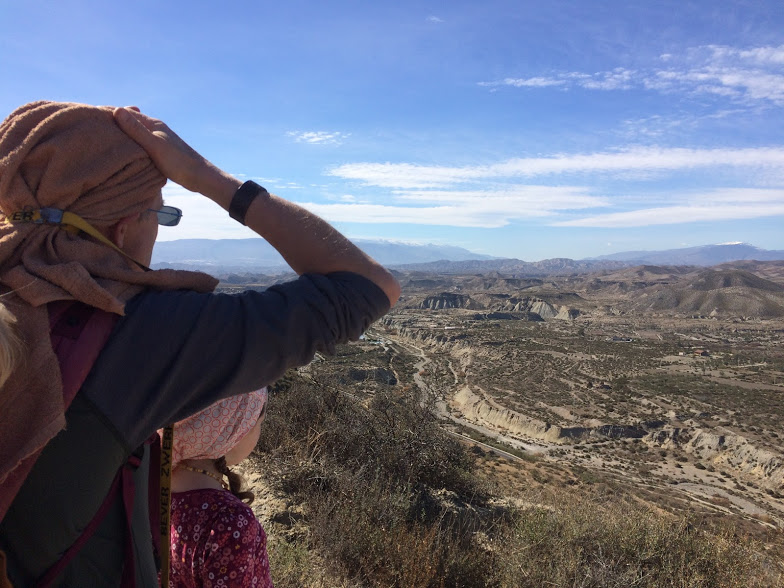 To be honest, we were supposed to visit Almeria last week. But plans change, especially when you travel with kids. With the Spanish siesta in the back of our minds, we knew we would have to be down there pretty early on in the day if we wanted to visit anything at all. So when kids went to bed late the night before and we did not get the show on the road until well beyond 10, the plan morphed into a visit to Tabernas. I had never heard of Tabernas before, but if you like watching a Western every so often, you may be surprised to know that many movies were filmed in or near this small town in the European desert. Clint Eastwood and Elizabeth Taylor to name a few, starred in movies filmed in Spanish Hollywood. But not being the Western movie fans who usually seek out these tourist attractions (there are several), we had a hard time paying 20 euros per adult to see reenactments of previous glory.  Maybe another day. Instead, we visited Tabernas low-budget style. Looking around for the trailhead of a hiking path along a dry river bed, we decided to follow the signs to the Castillo de Tabernas instead. I know, another change of plan. Maneuvering our Berry Bus through the narrow streets of this old Spanish town, was a challenge in itself. But it allows for hilarious situations to come up. At first because a friendly young local decided to show us the best way to the ruin by running ahead of us for half a mile, later because we totally got ourselves stuck. Some streets in this old town are so narrow that not even a mini Cooper would fit through, let alone our bus. We needed to get out of a dire situation while a dozen elderly were looking at us and giving advice. They obviously didn’t think very highly of us foreigners.

Anyways, after we parked the van at the bottom of the hill, we had lunch and packed some snacks in a bag. Lacking our sun hats, we used pillowcases, a scarf and a towel to create funny but practical sun protection. Even in February the sun was beating hard.

This Moorish 11th century castle has seen better times. Not much is left of the original part of the structure, and what has been added more recently does not quite look fitting. But the location was stunning. Enjoying a view in every direction, on one side there was an overlook where the various movie sets were pointed out on a large map, and on the other side we could see something that looked like caves in the mountains across form us. This was especially intriguing for the kids. We were wondering how large they would be and what would be inside. Probably dinosaurs, according to Finn. After quietly wandering back to the van, we headed downtown to see if the weekly market was still there. It was not, so we sat down in a beautiful little park with the oldest olive tree I have ever seen and enjoyed a chemical coffee (as we call powdered cappuccino). We sat on a bench in the sunshine while the kids ran around the fountain. A quick stop into the church where it was all cool and quiet, and Finn was all surprised about it being empty. It was apparently not as scary as he had imagined it to be. Having crossed deserts in the United States as well as in Africa, we weren’t particularly impressed with this piece of European desert. However, the surrounding mountains are stunning, rocky and dry buttes. Looking at that from above, you can indeed imagine dinosaurs living in the area. 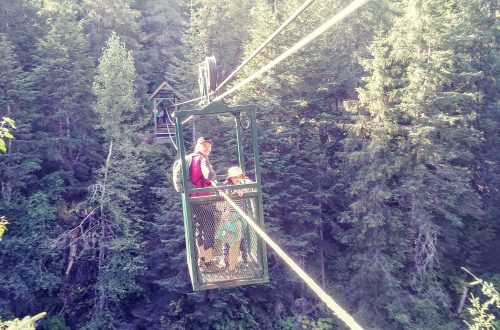 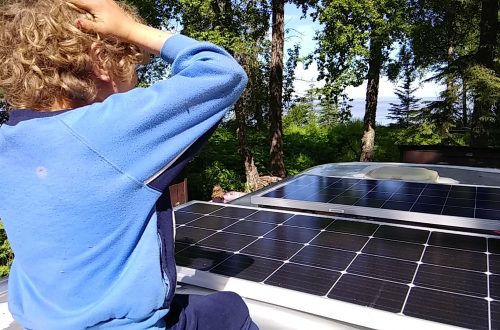 Power is out in our Avion trailer 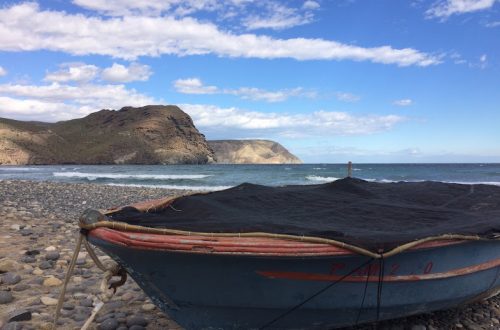