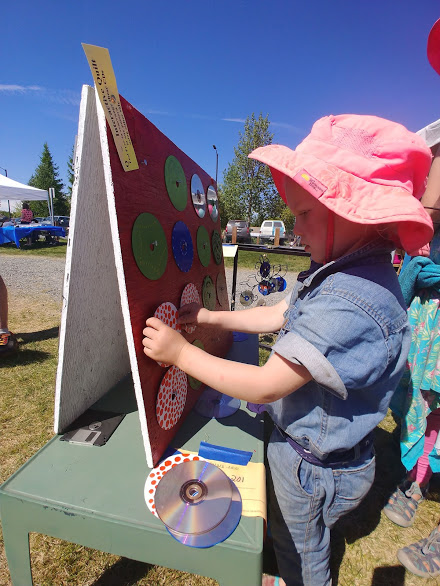 Finding your tribe can feel impossible when you stay in places just long enough to get familiar with the lady at the laundromat. Friends are maybe a phone call away, but if they are in a different time zone, catching them can be challenging. This is one of those things we have not figured out just yet.

The kids don’t have an issue with it. They easily make friends, even if it is for a day. We have great conversations with campers and are sometimes invited to join them by the fire. We make some great new connections, but I still miss my tribe. The other day we went to the Kenai River Festival, put on by the Kenai Watershed Forum. The festival happens every year, and promotes keeping the Kenai River clean. By the time we got there the party had been going on for a few days already. The atmosphere was relaxed and the sky was blue. We checked out the booths where the kids could do crafts, play games and get their faces beautifully painted. To our surprise, an organization was educating the people of Soldotna and Kenai on how to recycle parts of their waste.

It has been challenging for us to get information about recycling on the Kenai Peninsula. We keep a large crate under our bed where we keep recycle. We fill it every other day, and have been storing a huge overflow bag in the shed. Asking the city of Kenai did not help much. And the ranger who is a local was convinced that recycle just gets dumped into the landfill, so you can recycle if it makes you feel good, but in Alaska it doesn’t make much of a difference. Disheartening at best. But this story turns out to be a myth, and the ReGroup organization is working hard on informing the crowds. We were told about how part of the recycle goes to Anchorage, is turned into small bits and pieces and shipped off to proper recycling plants. Although Alaskans have been working on recycling part of their waste since the late nineties, it’s not a simple process on the peninsula. Things like cardboard and cans can be dropped off at many places, but chemical waste and certain plastics require peninsula residents to drive to a single collection point in the entire peninsula. That being said, we have also noticed how grocer Fred Meyers collects plastic such as bags and whatever plastic film your groceries are wrapped in. So much for our curbside pickup in the Colorado Frontrange, where we do not even have to sort our recycle (which is also a bigger problem than residents are usually aware of). Particularly outstanding was the way the organization of the Kenai River Festival decided to handle their own waste. To avoid any more waste ending up in the river, in whatever form or whichever way, they require for all vendors at the festival to use solely compostable products at the venue. Although some complain that the non-plastic cups melt in the sun, the requirement seems generally well accepted. If you want to be a vendor, you make an effort to help the organization reach its goal. We appreciated being able to eat at a food truck without adding more waste to the world. It took a little effort to sort which part of our leftovers had to go in which bin, and it was obvious that not everyone cared as much. Let’s hope the ripple effect will eventually help reach the masses.

Of course the effort to compost would be a lot less useful if there would be nowhere to go with it. Soldotna has found a solution in the form of Mattie’s farm. On this farm they work on offering a nurturing and stable environment to children in need of a foster home. This environment is created through a deep belief in what we eat and how the earth should be treated. It is about being self-sustainable as well as living in a sustainable way for the earth. Matti’s farm takes on the festival’s compostables and turns it into actual compost, in as little as 6 weeks.

As for that tribe, I definitely started feeling a lot more at home when meeting like minded people in a pleasant environment. It was not as crowded as a festival in Colorado would be, but there was nice live music in the background while we had a bite and browsed the booths. And it did not hurt to see Alaskan moms carrying their babies on their backs, and to be meeting other homeschoolers. It sure was an uplifting day. 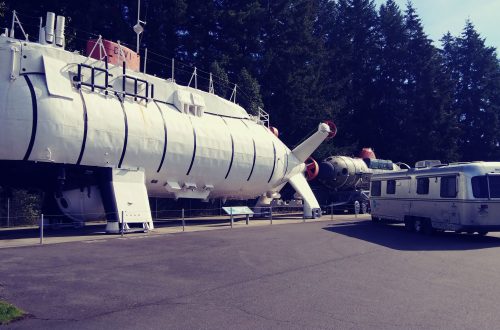 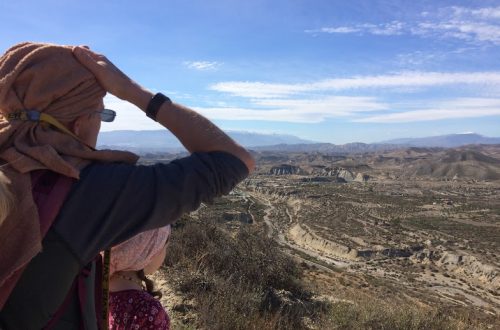 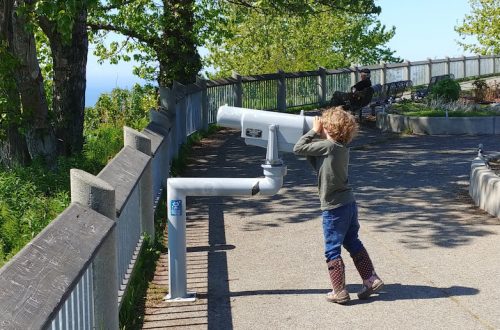 Visiting Homer, where we meet a bush pilot